We would also say that Hotel Edelweiss was a favourite! The ...
All contributions

Emjoy a spectacular walk as you leaving Italy and cross into Switzerland via the Grand Col Ferret.
difficult
19.1 km
6:58 h
923 m
1348 m
The day begins with a glorious contouring walk from Refugio Bonatti before descending into Val Ferret, where the climb of Grand col Ferret begins. The top of the col brings up Switzerland. Descending through picture book scenes of chalets, grazing cattle and fabulous alpine views you soon reach La Fouly, an idyllic alpine village of wooden chalets overflowing with flowers.

Weather conditions can change quickly in the mountains - always be prepared and carry appropriate clothing; warm as well as waterproof layers, hat and gloves etc. Please see your information pack for a detailed packing list.

These maps and routes are designed to be used in conjunction with the TMB guidebook and IGN maps.

Notes: The way marking on the ground now seems to take a higher route to Ferret as opposed to that marked on the map. All routes do eventually reach La Fouly.

August 12, 2019 · Community
We would also say that Hotel Edelweiss was a favourite! The staff were helpful and friendly- the rooms clean and comfortable! The meals were also tasty and plentiful!
show more Show less
Comment

July 14, 2019 · Community
Our experience at the Edelweiss was quite good, with a small exception (described below). The staff were polite and efficient at check-in, though not effusive. Our room was comfortable, clean, and completely up-to-date, with a wonderful view of the mountains (see the view below). The bed was very comfortable, the sheets and towels soft, and the pillows plentiful. Lots of outlets, but bring Swiss adapters. We relaxed for a while in the lobby, and later moved onto the back deck. Staff were polite and unobtrusive, and the atmosphere was very relaxing. And now the caveat. At dinner, we noticed that the servers were a bit disorganized. For example, a table of four behind us received two entrees, and the server returned to the kitchen for two more entrees but then never made it back to that table. Instead, they served entrees to other tables and the table behind us had to call someone over after about 5 minutes of wondering where their missing entrees were. We all shared a laugh about it, and had no further incidents. The food was delicious and plentiful (though after hiking all day I could still have eaten more -- that's just me). The room was very comfortable for sleeping, and quiet (except for a huge storm in the middle of the night). A great night's sleep. Breakfast was the usual European fare, and since it was buffet style it was fast and efficient. Also delicious, with some excellent crusty bread.
show more Show less
L'Edelweiss
Photo: C.G. Moore, Community
Looking back toward Aosta Valley
Photo: C.G. Moore, Community
The Col
Photo: C.G. Moore, Community
Hotel Lobby
Photo: C.G. Moore, Community
Room with a view
Photo: C.G. Moore, Community
Comment

July 14, 2019 · Community
I have to disagree with both L Diffo and N Pugliano. Hotel Edelweiss was one of the best places we stayed in during our TMB. We had an amazing room overlooking the mountains, with the most comfortable beds. We had a bath tub, which was heaven after our walk from Bonatti. Dinner and breakfast were both plentiful and delicious. We accidentally left our poles behind in the drying room and they quickly organised to send them on for us. Absolutely no complaints and I would give them 5 stars.
show more Show less
Comment
Show all reviews Show less 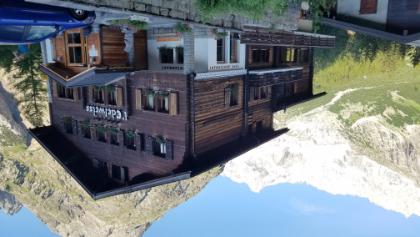 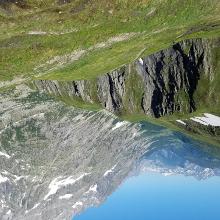 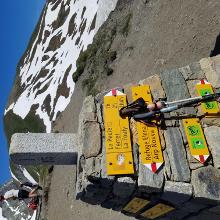 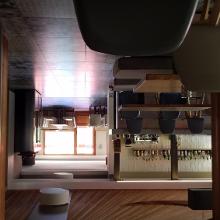